In early December 2019, I skied at Hayes Copp Ski Trails.  The snow was a bit crusty plus it was late afternoon when I arrived, and so I only skied along a small segment of this trail system.  However, in 2014 I skied a much longer route at this location.  Click HERE to view my blog posting for that adventure.

The Hayes Copp Ski Trail system is managed by the U.S. Forest Service and is located about 5 miles south of Gorham, NH off NH 16.  A portion of the trail system runs through a parcel of land that was settled by Hayes Copp in 1827. The trail system bears his namesake.  Also at this site is Dolly Copp Campground (summer use only), which is named after Hayes's wife Dolly.

Just so you're not taken by surprise if you should decide to ski at this location, the USFS does minimal grooming of the Hayes-Copp trails, and only on an infrequent basis.  Depending upon how many skiers have been on the trail before you after a snow dump, it can sometimes be sort of like a backcountry ski experience!  I don't mind this, but others might!😀 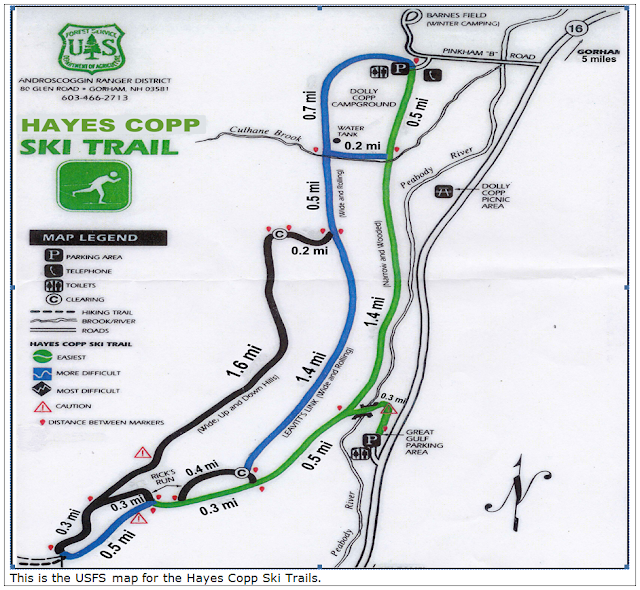 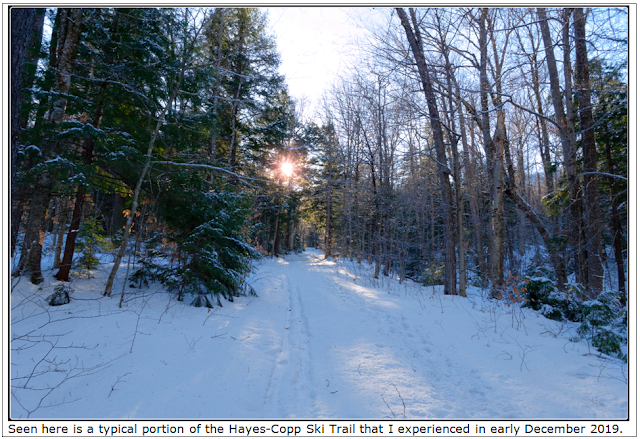 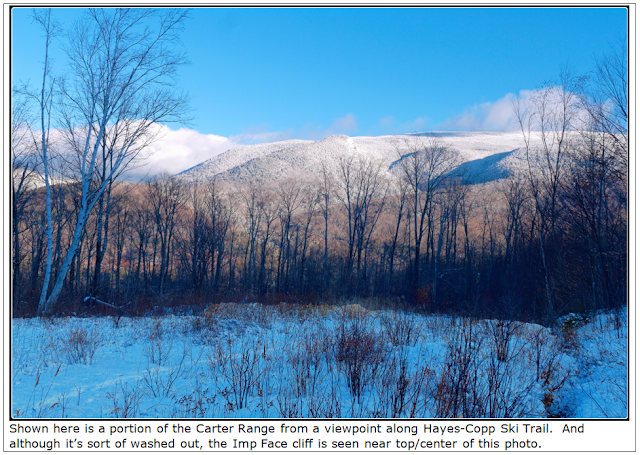 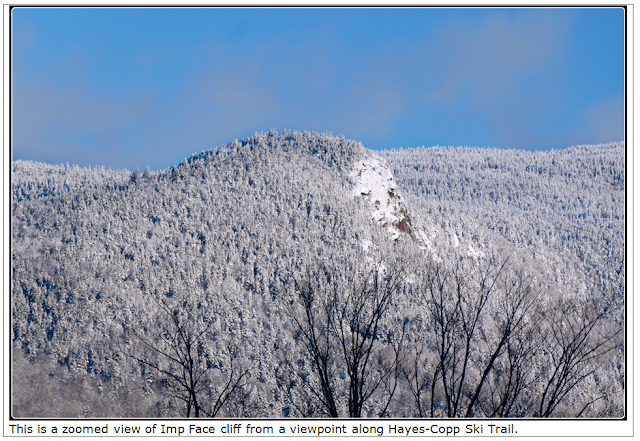 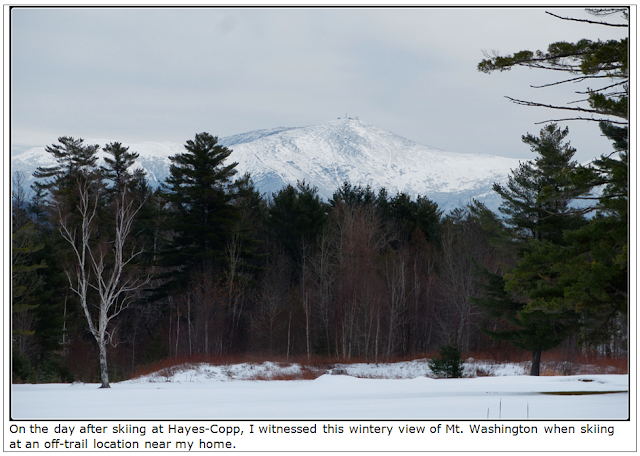 This is a beautiful trail with many scenic views throughout. I love the late afternoon sun shining through the trees. What a nice ski area to have relatively nearby.

I checked out your 2014 posting (which I also read at that time!) and Imp Face showed itself more prominently in 2014—looks like more snow was on the mountain this year.

We are finally getting snow! And Tim and I look forward to our first cross-country ski adventure.

The Hayes-Copp Trail is lightly-used, presumably because it receives so little grooming. But, since I prefer lightly-used trails, and trails that more resemble backcountry skiing, it’s one of my favorites! :-)

It’s great to hear that you are getting some snow. It’s time to enjoy and embrace the winter season!