Visiting Some of the Cascades along Cold Brook – Randolph, NH

Cold Brook begins in King Ravine which is a glacial cirque on the north side of Mt. Adams in New Hampshire’s Presidential Mountain Range.  A 1908 map by Louis Cutter shows eleven cascades along this brook.  As far as I know, only five of those cascades have ever received a name, i.e. Cold Brook Fall, Secunda Cascade, Tertia Cascade, Quarta Cascade and Mossy Fall.

Cold Brook Fall and Mossy Fall can both be reached via hiking trails maintained by the Randolph Mountain Club.  However, any trails that might have once led to Secunda, Tertia, and Quarta cascades have been lost over time.  And so, those cascades can now only be reached by launching a bushwhack off the east side of the Amphibrach Trail.  This type of adventure is one of my passions, and so off I went to visit Secunda, Tertia, and Quarta cascades!😃 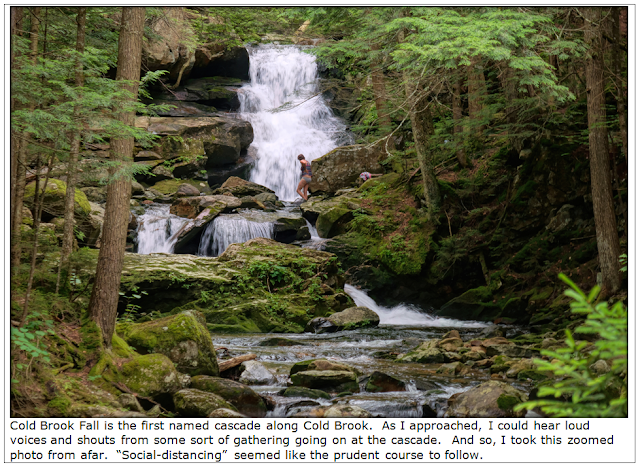 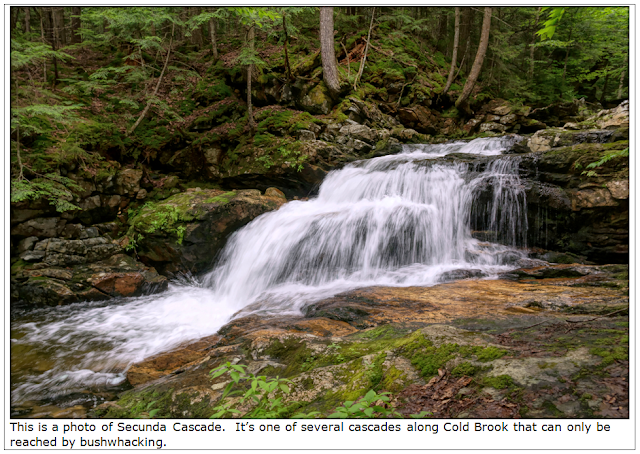 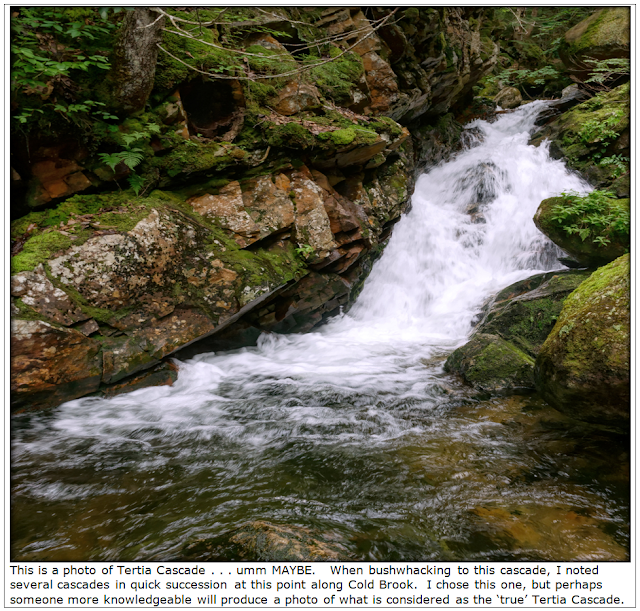 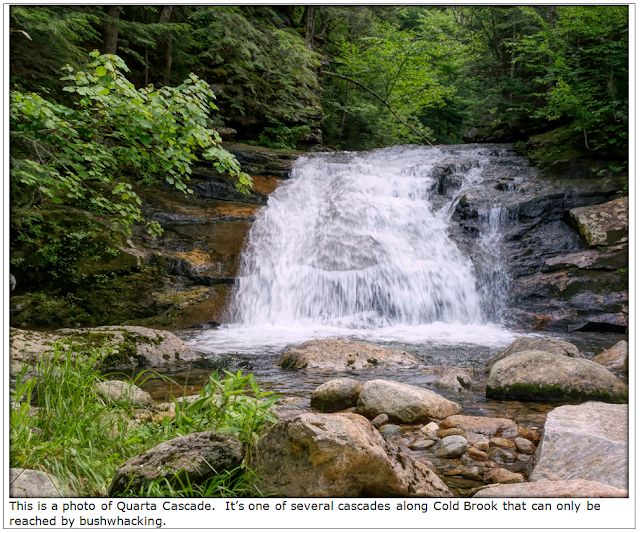 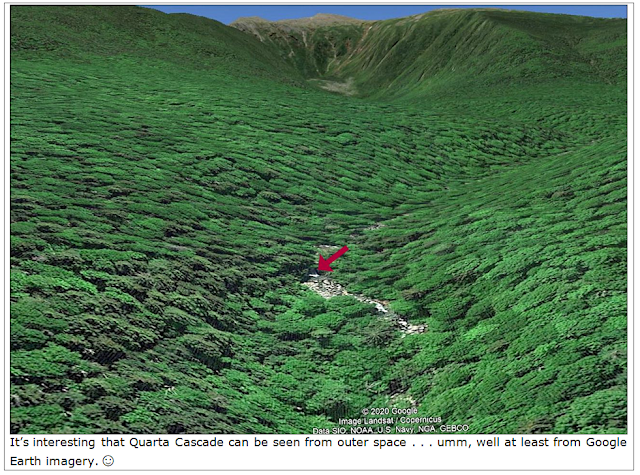 After visiting Quarta Cascade, I made my way back up to the Amphibrach Trail and continued onward along that trail to the point where a side path leads to a spot named Coldspur Ledges.  Here, there is a cascade (see photo below) at the confluence of Spur Brook and Cold Brook. 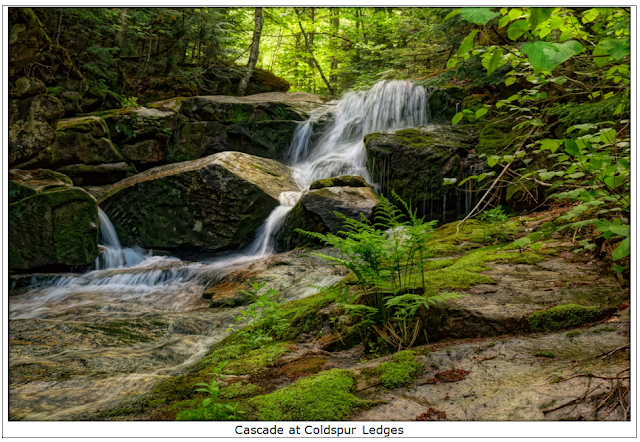 Although the scenic little cascade shown above is technically not on Cold Brook itself, I am including it because it is where I ended my hike, and because of its close proximity to Cold Brook.  Also, this cascade is being added since there is an interesting tidbit written by Louis Cutter in his remembrances from a hiking trip along the Amphibrach Trail with his grandfather in the late 1930s.  He states: “. . . we came to a clearing in the trail - Monahan's Camp, where the Monaway goes off right and the path down to Coldspur Ledges goes left.  There was still a little iron from an old sledge left from the lumber camp there (I brought it down as part of the World War II scrap iron drive).

Of course it must be noted that the old Monahan’s Camp is in the White Mountain National Forest.  And nowadays it is a federal offense to remove, or damage, or alter historic artifacts on any federal lands.

And here is one last bit of trivia that might be of interest, the current-day Monaway Trail takes its name from the old Monahan logging camp.