A Mini-Meander in the Moat Mountain Range

With a only a few hours to spare after some business in North Conway, I did what I'll call a "mini-meander".   The target for my meandering was some bare rock ledges and slabs located on the lower end of the ridge that runs eastward from Middle Moat Mountain.  It appeared that these outcroppings would be easy to reach by a short bushwhack off the Moat Mineral Trail (MMT), and in fact they were!  It took just about an hour from the time I left the MMT trailhead to reach ledges located about midway up the ridgeline.

All of the outcroppings had a view of some sort, and of course some were nicer than others.  There was one particularly nice spot which provided an unobstructed sweeping vista that encompassed the Presidential Range and the Wildcat-Carter Range.  The next three snapshots were taken from that lovely spot. 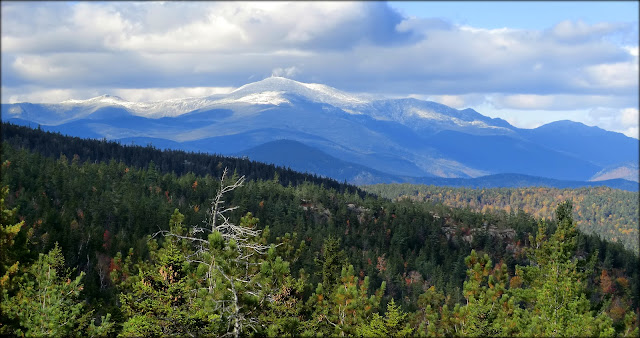 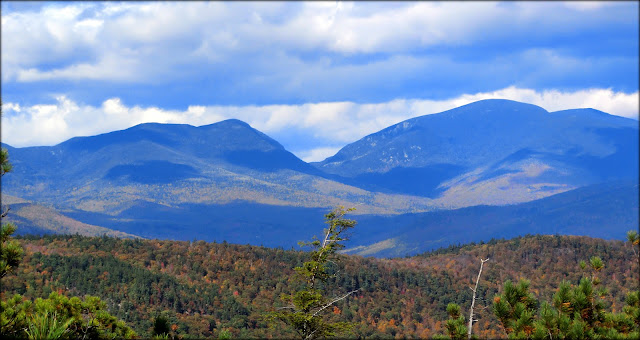 And, shown below is an un-zoomed view of the entire vista that encompasses the Presidential Range and the Wildcat-Carter Range. 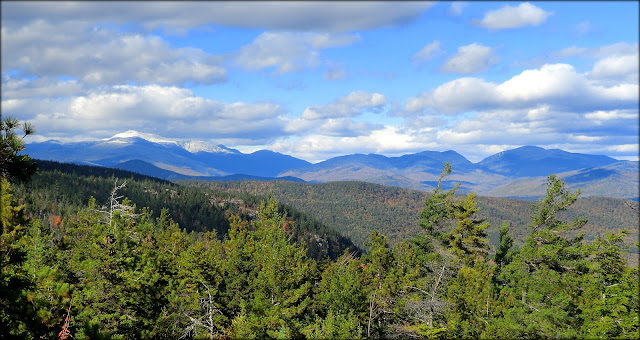 From my "mini-moat" location, I could look up and see South Moat looking down on me! 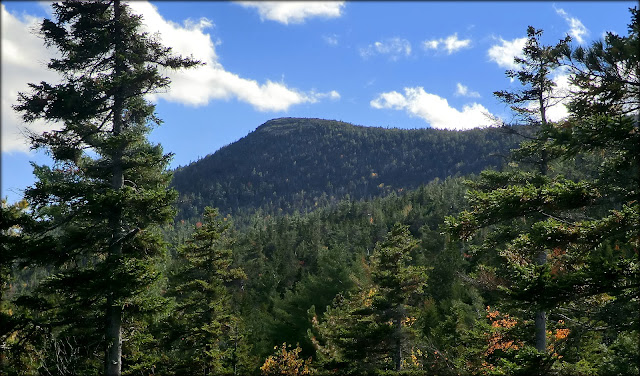 Some of the other more colorful vistas included a view of the top of White Horse Ledge with the distinctive pointy profile of Kearsarge North in the background. 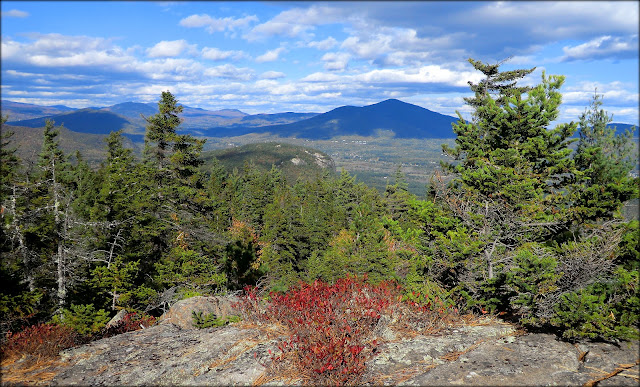 And there was an obstructed eastward view toward the Conway Lake area. 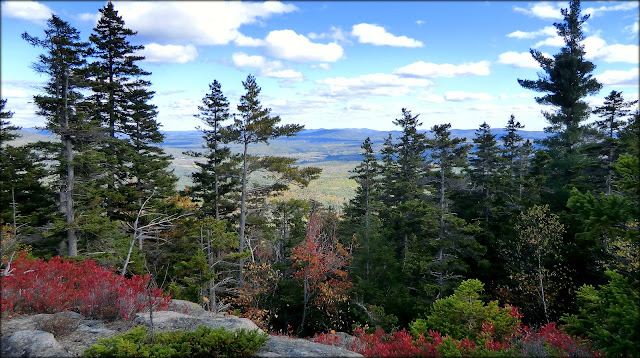 In case you might have trouble visualizing the location of my meandering, perhaps the Google Earth image shown below might be of some help.  I visited the general area that is circled in pink.

To sum it up, this was a very easy bushwhack through open hardwoods.  There were some steep parts, but nothing overly steep.  If more time had been available, I truly feel it would have been relatively easy to continue on up the ridge to join the Moat Mountain Trail.  However, since I didn't actually do it, I don't know this for a fact.  Perhaps some reader has already done this and will post a reply.  Or perhaps this will inspire someone to give it a try before I get around to doing it!

Was that snow I saw on the peaks in the Presidential range? We've just recently (this week) had snow on the high peaks here in Utah. Is it typical to have snow on New Hampshire's mountains in October?

Yes, it is snow indeed on the Presidential Range! It isn’t atypical to have snow on the New Hampshire mountains in October. Many times, there is a even a dusting in September at the higher elevations. We’re hoping to have a typical snow-filled winter this year, especially since we had a “snow-drought” last year!

Thanks for taking a moment to post your comments, Rita! Very much appreciated!