A Trek to the Past: Charcoal Kilns of the Late Nineteenth Century

Many folks, including myself, have an interest in the history of the White Mountains.  One historical aspect of this area that is sometimes overlooked is the charcoal industry of the late 19th century.  This product had a ready market for the iron industry, and also as a cooking fuel for the numerous tourist hotels in the region.  In fact, charcoal sales exceeded those of lumber, at least according to an 1880 Industrial Census which showed that the firm of Henry, Joy and Baldwin sold $75,000 worth of charcoal, and only $25,000 worth of lumber.

There are several books that contain a lot of interesting information about the kilns, along with copyrighted maps and photos.  Two particularly outstanding books are written by Bill Gove, as follows:

From descriptions contained in these books, it's my understanding that kilns were built against a hillside which facilitated the loading of short hardwood logs through an opening in the top portion of the kiln.  To produce the charcoal, combustion within the kiln was controlled so that the wood was thoroughly charred, but not burned.  Adjacent to the bottom portion of the kilns was a railroad which made it convenient to load the charcoal onto railcars and transport it to markets.

There is at least one photo of the kilns at Zealand (shown below) which is not copyrighted and is available on the Internet. 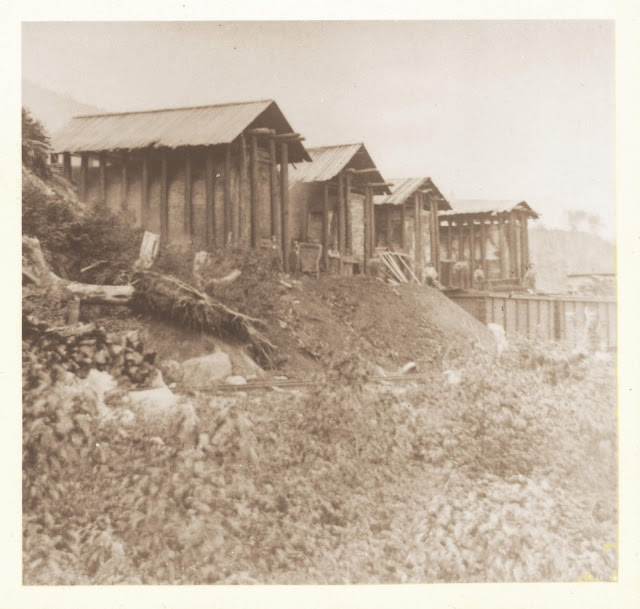 There were several charcoal kilns within a several mile radius of the current-day Mt. Washington Hotel. On 29-December, I set off to visit the general locations of two of the many spots where kilns were known to exist. One location was along the west bank of the Zealand River (a few tenths of a mile south of the Ammonoosuc River). And, the other location was near a former farm settlement known as Twin Rivers (a short distance off the current-day Mt. Clinton Road). 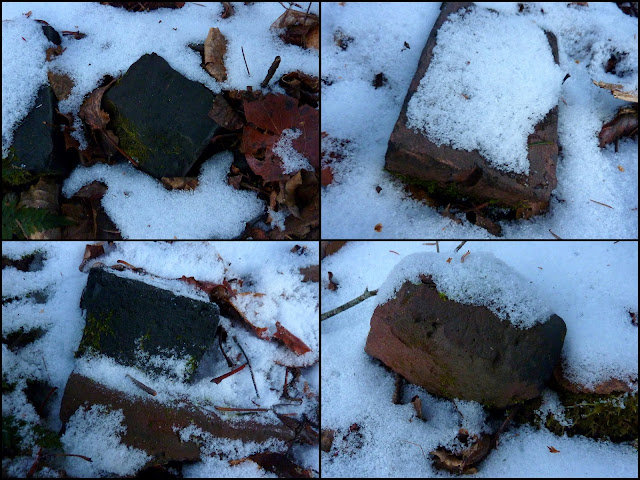 No bricks were found in the Zealand area.  It could have been because I was at the wrong location, or simply that the light-covering of snow was just enough to obscure the bricks.

Even if I was at the wrong location, some of my findings make me think that perhaps I was at least close to it!  At a couple of separate spots, I found sections of railway track, such as shown in the next two photos.  (The first snapshot is easily recognizable as rail track.  In the second photo, the segment of track is laying on its side and only the bottom of the rail is visible.) 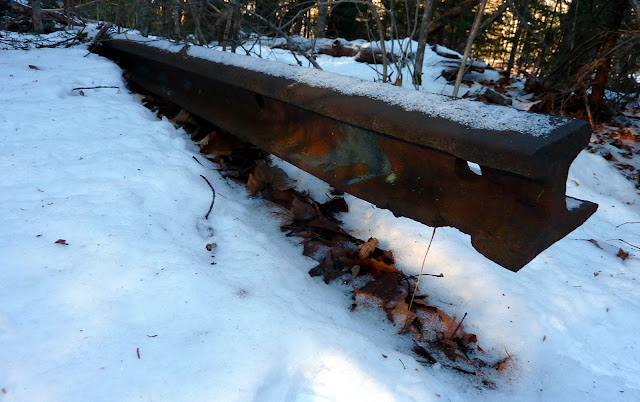 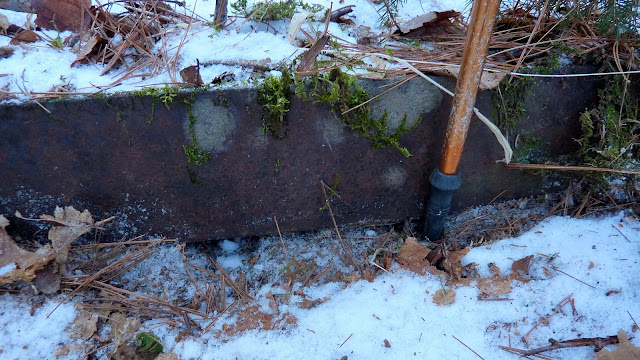 Also spotted at the Zealand location is what might be strapping (hoops) for wooden barrels (photo below). 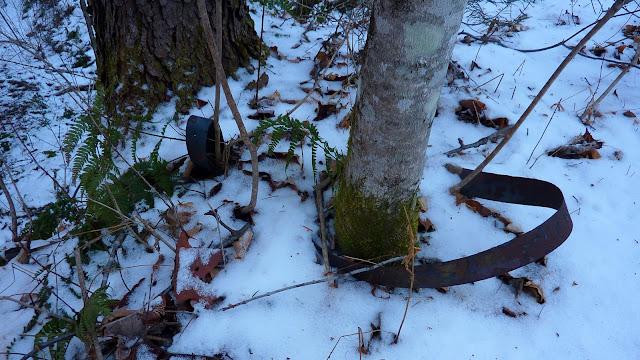 And finally, there was yet another metal object found at this location, but I have no idea what it might be (photo below)!  I'm still kicking myself for not taking time to properly assess this object.  I fully intended to go back to it and at least make some rough measurements.  However, I got distracted by looking for bricks from the kilns, and then forgot to double-back to it.  Just to give some rough idea of its size, my guess is that the diameter was probably at least 8 inches, and the visible height was at least 6 inches. 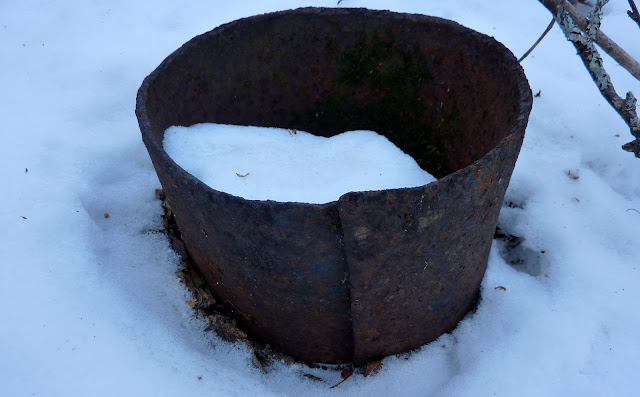 To sum it up, my discoveries were small compared to relics found by others.  Nonetheless, it was still thrilling to find these few remnants of the past.  I owe a debt of gratitude to my friend Joanne Jones for rekindling (no pun intended) my curiosity about the charcoal kilns of the late 19th century.  And, I'm most appreciative to David Govatski for his advice regarding the general locations of the kiln sites.

Hi John! This looks like it was a fun hike! It definitely seems as though you find the two locations to me. Did you know the railroad sections were in that area? If not, what a cool find!

Also, that small cylinder sticking out of the earth; it definitely seems like something that could have been part of a kiln. From your dimensions, it looks to be pretty thick steel, maybe an 1/8 of an inch or so which is pretty hefty. Maybe for heat purposes? The thicker the metal, the longer it will stay at a steady temperature.

Nope, I didn’t know that there was still some old railway track that was left behind at the Zealand site. It was a very exciting surprise when I came upon the first section (the one that is fully exposed and with one end suspended in mid air). Then, I was really surprised to find yet another section of rail later in the hike!!

I agree with your assessment about the tubular piece made of heavy gauge metal. It was likely something to do with the kiln, either a vent, or possibly an air intake to help control the combustion.

Regarding posting on VFTT, I can fully understand how you missed it. I posted something under Q&A. The link is shown below.