Mt. Willard is located in Crawford Notch, NH.  Since the mid-1800s, it has been a very popular hiking destination.  It’s a relatively easy 1.6 mile hike up the Mt. Willard Trail which allows even novice hikers to enjoy the magnificent vista from the huge south-facing cliff near the top of the mountain.

Over the years, I have done the hike briefly described above.  In addition, I have visited a variety of places on Mt. Willard that can only be reached by bushwhacking.  Highlights from some of those bushwhack adventures are presented below in the “PHOTOS” section of this blog posting.

But before scrolling down to the “PHOTOS” section, you might be interested in the following two snapshots.  One was taken from the huge cliff at the end of the Mt. Willard Trail, and the other was taken looking at Mt. Willard’s huge cliff from a location along U.S. 302. 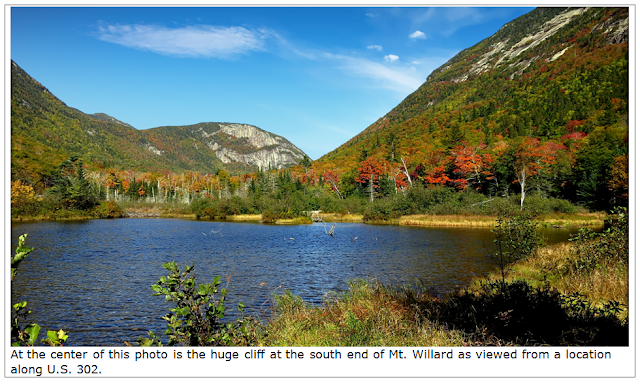 And shown below is a map which might be useful in locating the places described in the photos taken during my off-trail adventures on Mt. Willard. 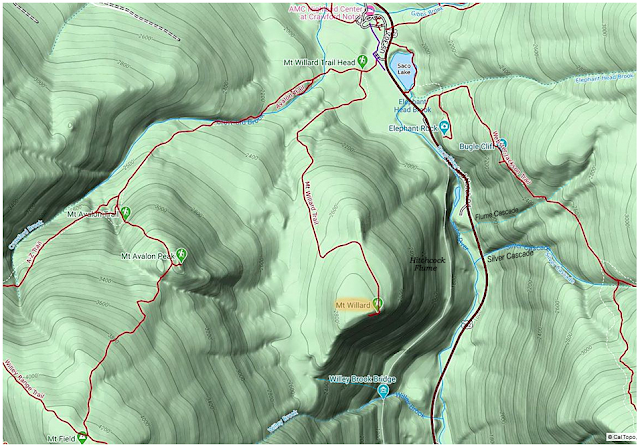 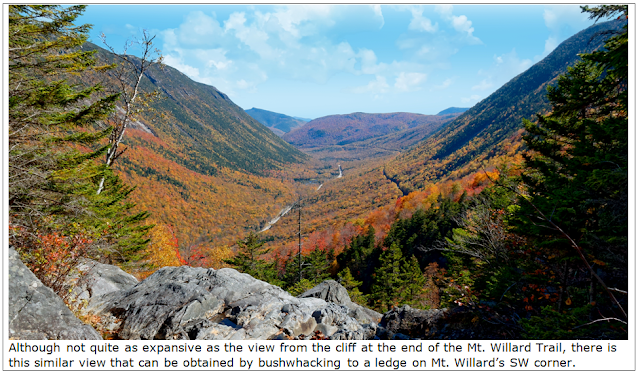 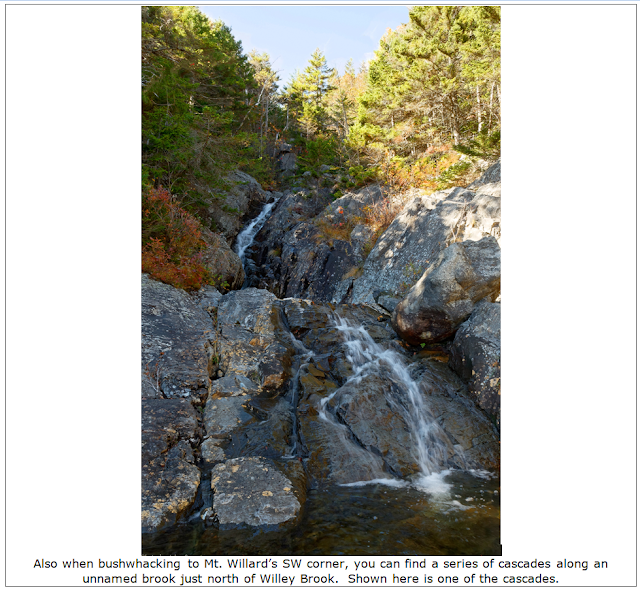 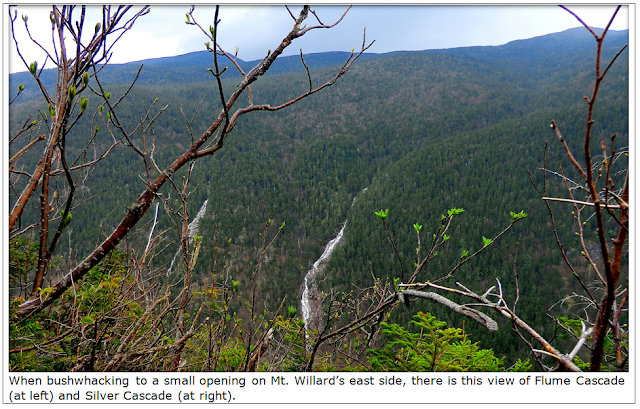 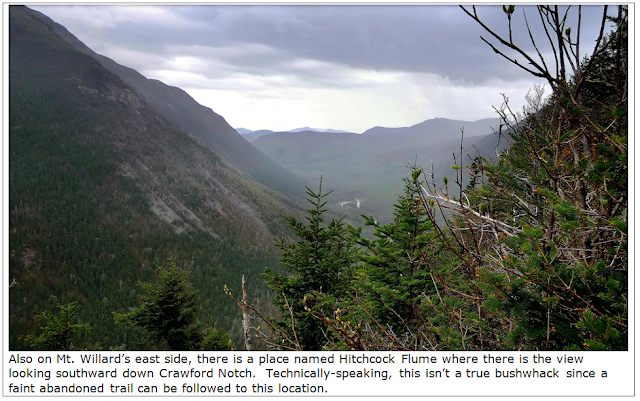 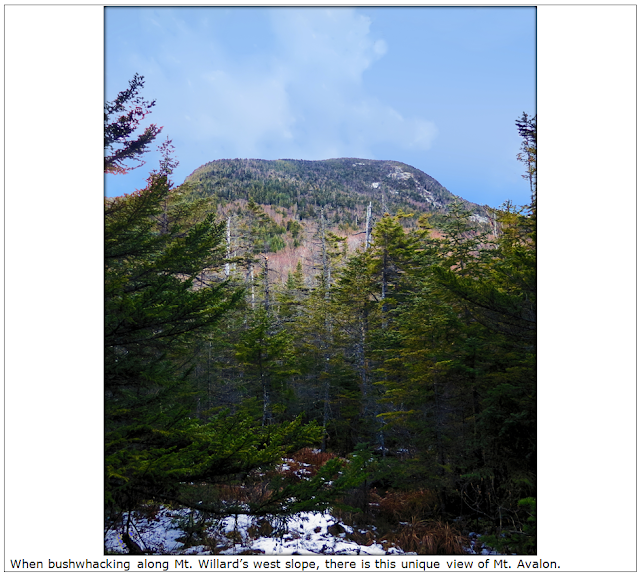 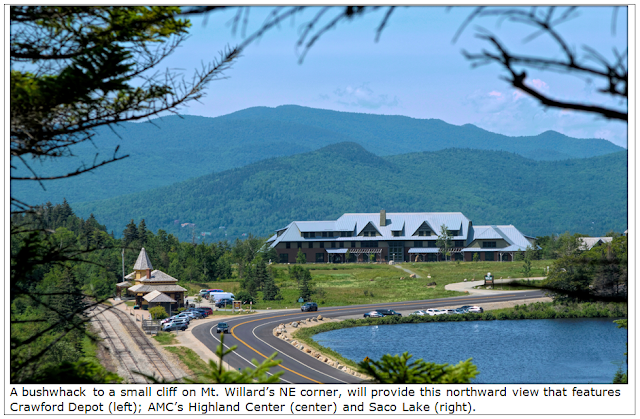 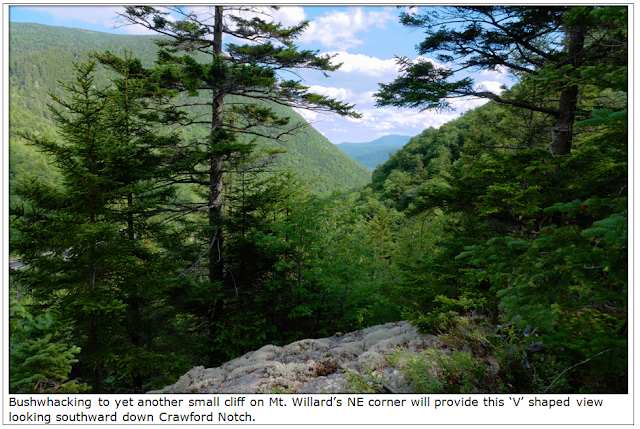 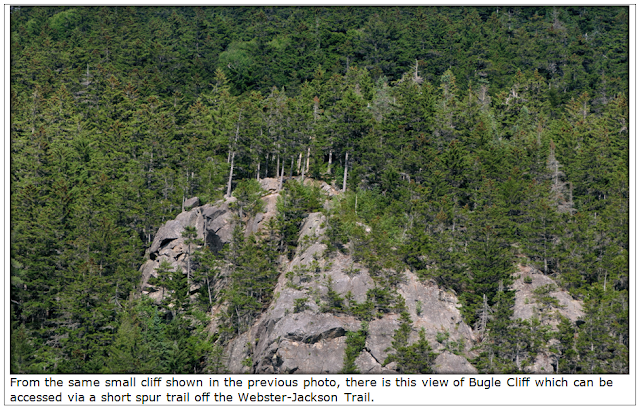 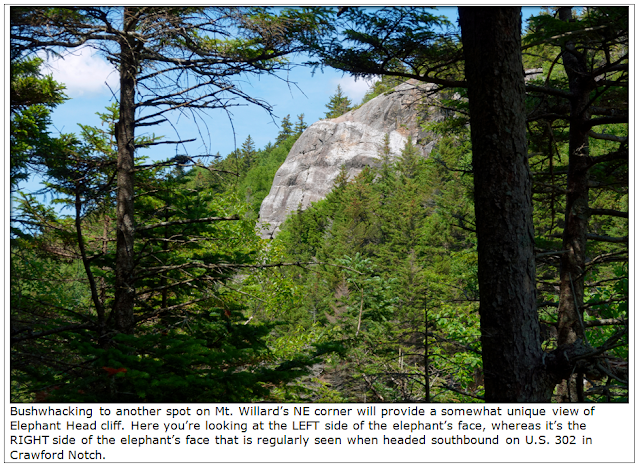 There are still other bushwhack adventures on Mt. Willard that I hope to undertake in the future

All the views from the various locations you hiked or bushwhacked to are wonderful. The "V" shaped view looking southward down Crawford Notch is a favorite of mine. You framed that photo perfectly!

In addition I like the photo taken from along U.S. 302—just love to see those fall colors surrounding a New England lake!

Thanks, John, for continuing to provide photos from your former forays throughout scenic New Hampshire. It's something to look forward to during this pandemic.

Rita . . . you deserve a reward for being such a faithful follower of my blog. Thank you!

Thank you! I might say the same of you John, that you deserve a reward for faithfully following my blog!

I haven't posted for awhile but Tim and I will be camping in Wyoming next week. Maybe I'll have something to blog about after visiting the wilds of Wyoming!