In late 2019, I purchased a pair of Altai Hok skis.  If you’ve never heard of these skis, you’re not alone.  According to Altai Skis website (Click HERE), these skis were inspired by the ones used by natives of the Altai Mountains of North Asia where this type of ski is still considered an essential tool for travel and hunting during the long winters.

The Altai Hok is a hybrid ski that combines the maneuverability of a snowshoe with the gliding qualities of a cross country ski.  This ski incorporates a permanent climbing-skin which provides incredible grip when going up the steepest grade.  There’s no need to “herringbone” your way uphill! And although the climbing-skin also makes the ski somewhat slower, the loss in glide is traded-off against incredible maneuverability which opens up a whole other world to explore on skis, and allows you to find new routes and ski into places that would normally require snowshoes.  As is stated on the Altai Hok website: “Our skis require no groomed trails, no lifts, no tickets.  In fact, they prefer it that way!😀

It should be stated that like most any ski, the Altai Hoks perform poorly on ice and are unsuitable for skiing in areas with a lot of exposed rock, gravel or sand.

I’m still in the “testing phase” with my Altai Hok skis, but the text below summarizes what I’ve concluded thus far.

These skis seem to perform best off-trail, and on un-groomed corridors (like old logging roads, etc).   I have tried them on a groomed trail system, but here the Altai Hok skis seemed to be a bit sluggish in that they didn’t “kick and glide” quite as well as a traditional XC-ski.  However, on the positive side, I liked this “sluggishness” on steep descents since the permanently attached climbing-skin slowed the speed and made the descent less “scary”.😀  Oh, and speaking of the permanently attached climbing-skin, I can confirm that it allows you to walk up the steepest hill at a normal stride as if you were on snowshoes.  Also I very much like the shortness of the Altai Hok skis since this allows you to maneuver through brush and various tight spots when traveling off-trail.  And although we haven’t had any really deep snow as yet, the flotation properties of these skis appear to be excellent!

The Altai Hok skis come in two lengths, i.e. 125 cm and 145 cm.  So as to maximize the maneuverability of these skis, I chose the smaller 125 cm size.  Also, I chose the “Xtrace” universal binding which allows you to wear whatever boots you wish, even regular hiking boots!  The Altai Hok does come with pre-drilled holes for a standard NN, 75mm-3 pin binding, and there is also an optional binding adapter plate that can be used for wide range of XC and Telemark bindings. 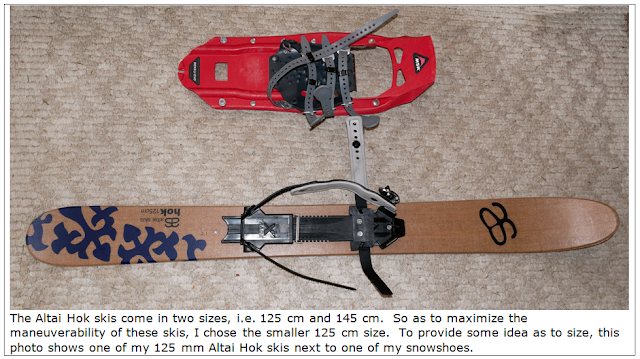 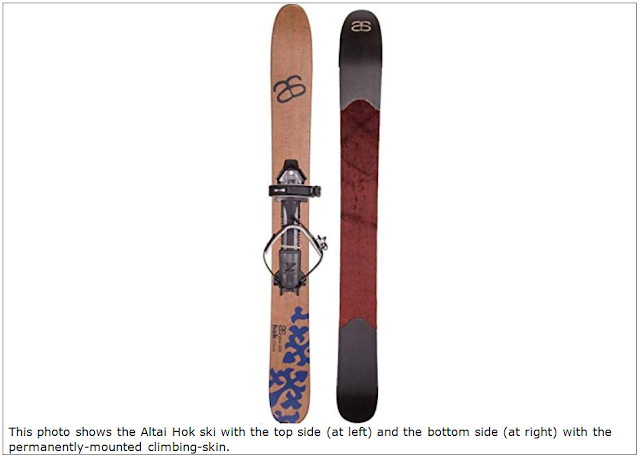 Shown below are just a few uncaptioned photos that were taken while testing my Altai Hok skis at various locations near my home in Bethlehem, NH. 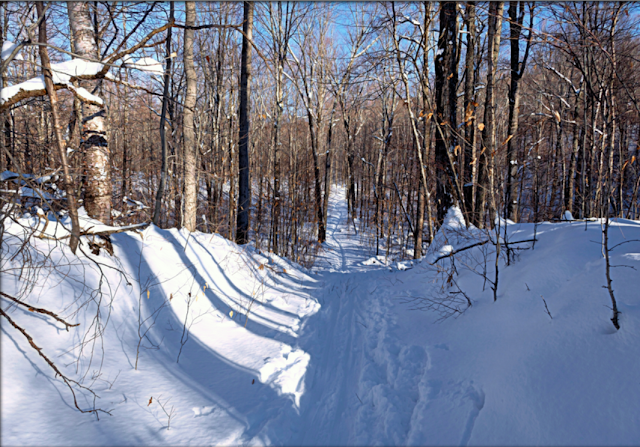 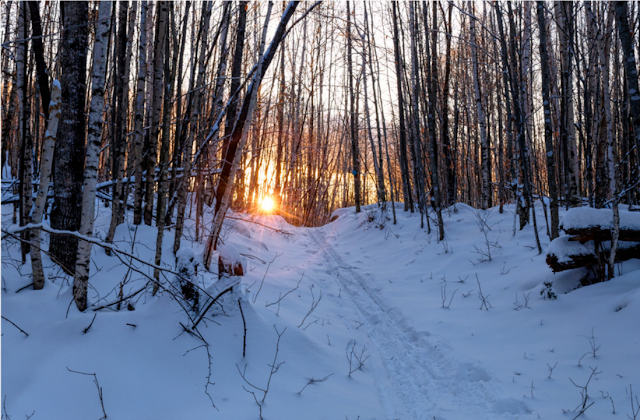 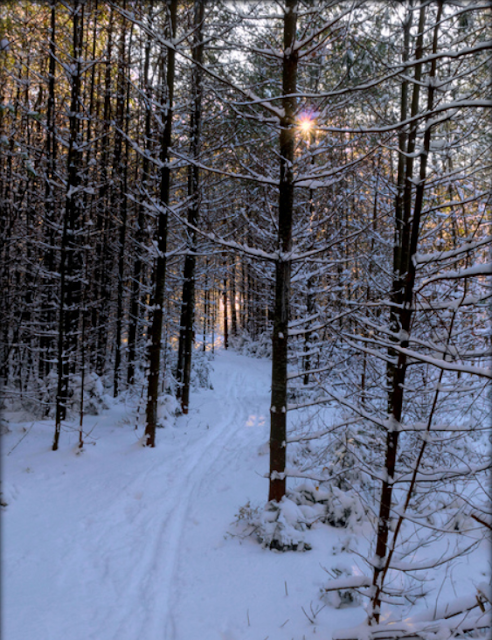 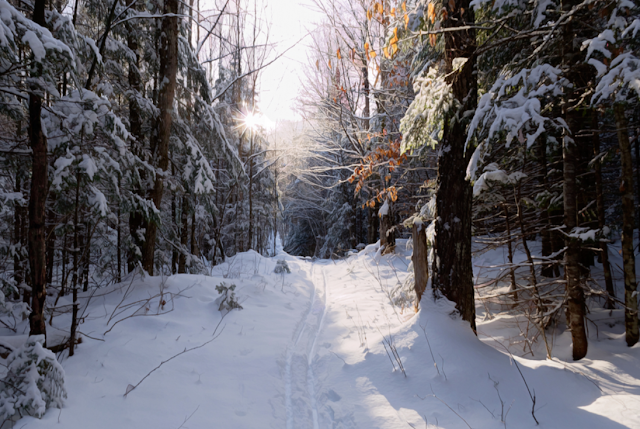 How did I not know about these skis?

I really appreciate your report and the accompanying photos; the three pics taken with the sun shining through the forest are especially beautiful.

I am seriously considering buying a pair of these skis.
May I ask where you got them? Thanks!

Regarding your question, I purchased my Altai Hok skis from LL Bean.

And last but not least, thanks for your kind words about the photos that I included with this blog posting!

Thanks for the info. I checked out the LL Bean website and I'll probably buy mine there too (if I get a pair).
It would be nice if they had an end-of-the-season sale in a month or two:)